A Sugar Tax! When I heard the announcements  last week about the Budget and the new sugar tax, my first thoughts were “Fair Play! some action!” and then I stopped and I waited. I waited for the announcement on how all this new tax revenue  was going to be spent. I waited some more, a little more excited now. “Loads of Euros can now be used in the fight against obesity in Ireland!”. Tumbleweed. We are told the extra revenue will be thrown into the big exchequer pot to be used as seen fit by the government. 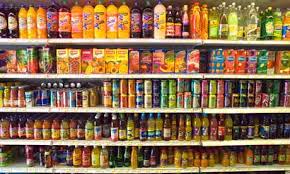 I was disappointed.  As the country that, according to the WHO,  is forecast to be the most obese in Europe by 2030 I really thought that something more progressive was going to happen. This is just another indirect tax, no different to the USC (remember when we were told that would be temporary), property tax, water charges etc etc. So what could the government have done with those extra millions? Well, I am realistic enough to know that is not a simple question to answer, however I had a few thoughts. Establishing more specialist obesity treatment Centres around the country would be a good start at the moment there are only 2 –  Loughlinstown and University Hospital Galway. We should have one in every county, offering access to multiple intensive treatments with a strong emphasis on psychological support. With over 2 decades of research behind us, at LighterLife we know that long term behavioural change will only be possible with a change in thinking https://lighterlife.ie/work/research/

I would also welcome more focus in schools. I assume the WHO;s forecast regarding 2030 must be based on data they have on our children who will be the adults in 13 years time. I love the Food Dudes managed by Bord Bia a scheme running in National Schools, my 3 little people really benefited from the trying all that fruit and veg with their school friends and getting their certificates. But what happens next? How about using some of that sugar tax funding more projects in schools? What about making Health & Nutrition  a Junior or Leaving Cert subject? What about funding summer camps for children combining physical activity/cooking/healthy eating. Heavily subsidised from those sugar tax euros, it would also help working parents who struggle to pay for childcare for those long, long summer holidays.

The drinks manufacturers are already working on how they can reduce their liability, apparently the government are keen to get the tax take at manufacture level rather than inconvenience the distribution chain of wholesalers and retailers.  So the retail price of these products will increase, but the million dollar question is whether the price increases will stop people buying as much? Will the parent pushing the trolley round the supermarket who usually throws in 4 litres of the fizzy stuff be put off by the extra €1.20 it’s going to cost? will the school kid running into the local garage at lunchtime to get his “energy” drink, switch to a bottle of water instead? I very much doubt it. It’s abit like the argument about cigarettes, increase the price and it’ll stop people smoking.  With another budget increase of 50c per packet, I wonder how many people have given up since? If you have an addiction, you will always find the money. I would have preferred some legislation that sets out a maximum amount/percentage of retail space that can be used to sell/promote confectionery and sugary drinks. I love that some brave supermarkets have removed sweets from the checkout areas of their stores, why can’t that be made law?

The government produced a fantastic report last year (click on the link to read) and whilst I am sad that the tax isn’t being used directly on obesity tackling projects, it is a step in the right direction. It IS creating awareness and the drinks manufactures are as we speak reformulating all their recipes to reduce sugar.

As Simon Harris said at the launch of the action plan “Obesity is a ticking time-bomb, that has to some extend already detonated”.