Home > VLCDs vs Keto Diet: So what’s the difference? 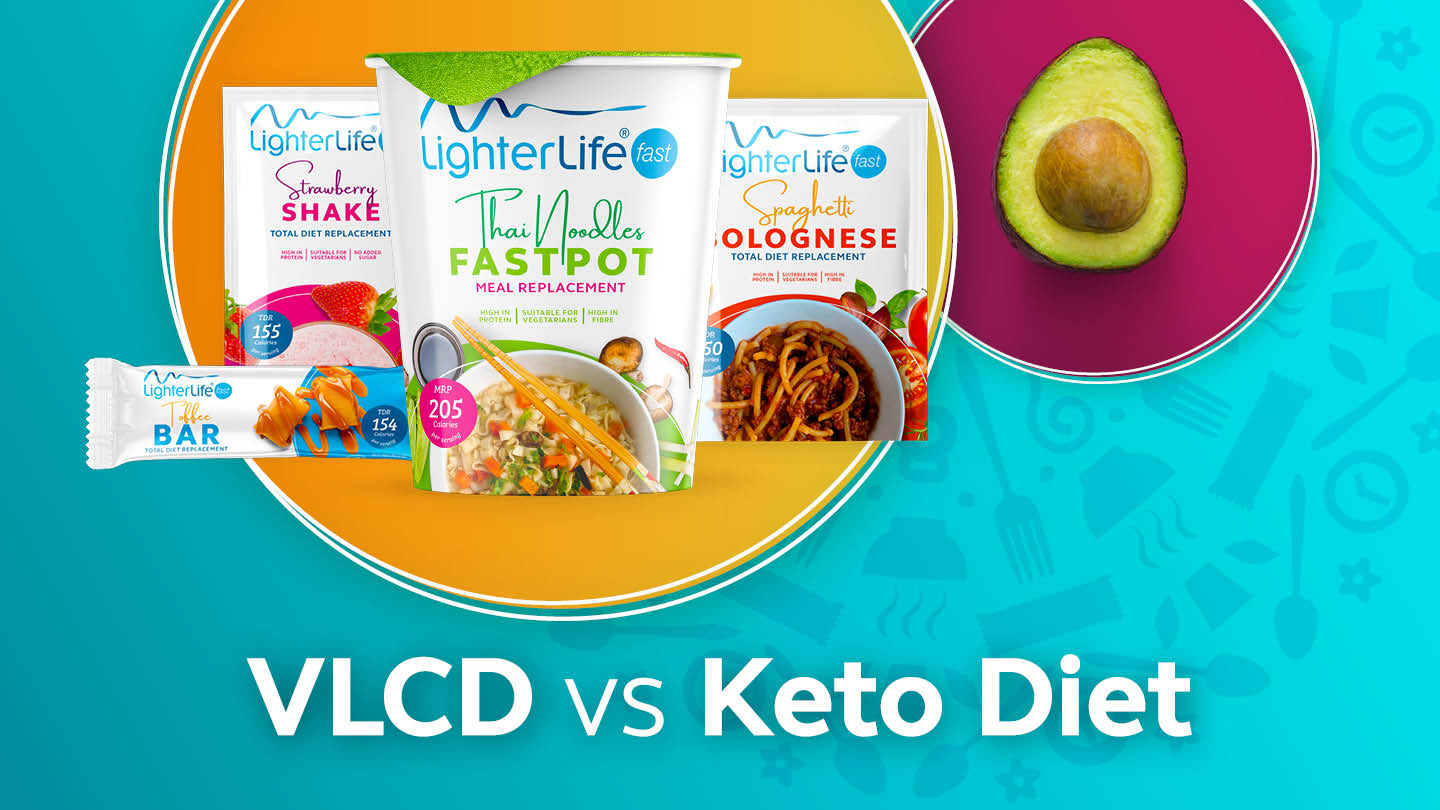 In recent years, ketogenic diets have received a lot of attention from the general public and increasingly, from the nutrition research community. But what are ketones & what is a ketogenic diet, how are they different to very low calorie diets (VLCDs) and what is the evidence base behind both of these weight loss regimes.

LighterLife VLCD is a formula-based weight loss plan, which provides no more than 800 kcal per day, and is used to replace the whole of the daily diet. They are sometimes also referred to as total dietary replacement for weight control (TDR).

VLCDs are nutritionally balanced and carefully designed to provide the right amounts of nutrients, including protein, fat, fibre and vitamins and minerals, in accordance with applicable legislation. They have been freely available within the EU market for more than 30 years and provide a safe and effective way of helping overweight and obese individuals to lose weight.

Conversely, a ketogenic diet is a very-low-carbohydrate, conventional-food based diet, which is comprised of greater than 70% dietary fat on a daily basis. Protein and carbohydrate intakes are intentionally kept extremely low on this type of eating regime, with many sources saying that to gain the greatest benefits, carbohydrate intake per day should be kept as low as 20g. Whilst there are no prescribed restrictions in terms of energy intake, due to the vast swathes of foods that are off limits, by default an individual  following this plan, will automatically end up self-limiting their calorie intakes. Nutrition is not guaranteed or similar to a VLCD.

How do they work?

Due to the major energy restriction in a VLCD, as well as the vastly reduced amount of carbohydrates in both of these diets, these plans work in a similar manner, in that the body is forced to burn fat, which is then converted into an alternate source of fuel, called ketone bodies.

This process of metabolic conversion is necessary as outside of glucose, the only other source of fuel for the brain, is ketone bodies. This metabolic state is called ketosis, which is essentially when the body has turned on a metabolic switch – where you swap from using carbohydrates as your primary source of fuel, to using fat instead.

It’s worth reiterating at this point that ketosis is achieved not just by ramping down carbohydrates to very hard to maintain levels of intakes (as is expected with a keto diet), but that when you significantly reduce your calorie intake (as seen with a VLCD) your body will also switch to burning fat too.

What are the benefits of a VLCD?

VLCDs are an economical, viable and effective solution with an ever-growing body of high quality scientific evidence behind their use, and whilst they can be effectively used by individuals of a wide range of body weights and are perfectly safe to do so.

Find out more about our weight plans and how it can help you achieve your goals.